For the first time since I started this project I flaked out and didn't take a picture yesterday. Even on days when I've uploaded a photo from another date I've made a point of always taking some sort of picture but yesterday I just couldn't do it. I had such a bad headache that after dinner (and then throwing it up, which is probably TMI) I was done for the day, going to sleep around 7:00 and sleeping for over eleven hours! I considered getting my camera out and taking a quick photo first but I was afraid that much movement would just make me feel worse. So this picture was technically taken on 1/4, but I don't want a gap so I'm counting it for yesterday. 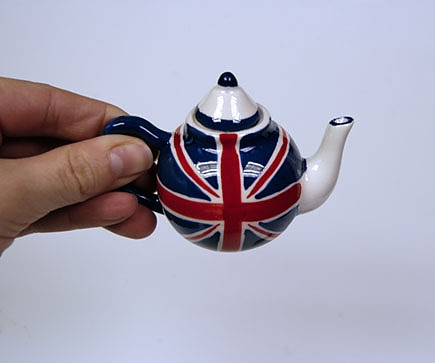 Found this mini mixer ornament half off at Target after Christmas for only $2. Not quite as useful as my real mixer but just as cute. Looks like my mixer had a baby! Now if only I could get my money to do the same. 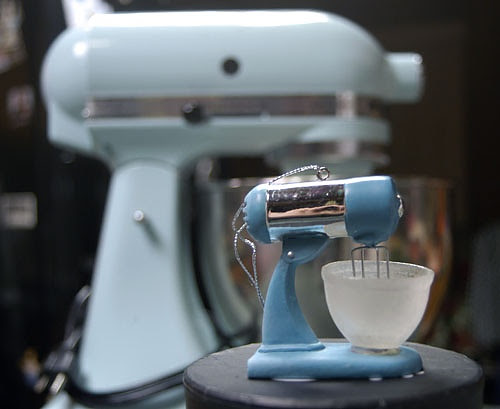 My son gets migraines. I can understand why you weren't able to take a photo! Glad you're better. Love the mini mixer.

I love your mini appliances! Good call skipping the photo. If you get migranes, squinting through a eyepiece in a no-no until you're feeling better. Get well soon! Happy creations from germany, tj

Before I saw the theme was blue, I thought maybe it was miniature, which would be a fun theme.

I hope you're feeling better.