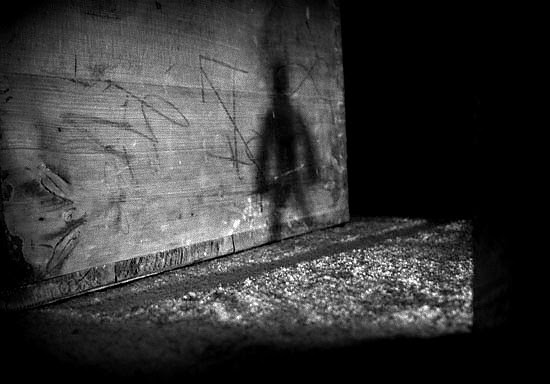 For some reason I always find myself in the mood to re-watch The Third Man at the beginning of each new year, and this one was no exception. With this year's viewing I found myself reaching back into the recesses of my mind for the tiny bit of knowledge I've retained from an interesting college course I took about mysteries in film and literature. It was an online course and, let's be honest, an easy credit since most of the assignments were to do things I already spent most of my spare time doing: read and watch movies. The teacher had us scrounge up obscure old films like Hitchcock's Shadow of a Doubt and analyze the various camera angles and avant-gard effects employed. Between that and the few shot-by-shot workshops I got to attend with Roger Ebert at our local film festival I thought I'd become quite the film expert. But while watching The Third Man this year I realized how much of its beauty I've missed and I was especially struck by the use of shadows, particularly in a scene where a little boy is chasing the protagonist around the streets of Vienna accusing him of being a murderer. At one point he totters around a corner and an ominous shadow precedes him. Now, I already find children to be terrifying creatures so that shot in particular caught my attention. Here's my recreation of that scene.

Don't worry; I was able to use an action figure in place of a real child so I didn't have to come into contact with any of those scary critters. I know you were concerned for my well being.
Posted by Lina Thomlinson at 9:20 PM

Spooky photo. Glad you didn't have to actually interact with children. I was afraid for you!

"Those scary critters" - you crack me up. But I'll be honest, sometimes I wonder just what I'm getting myself into. :)