Why I left the house this weekend 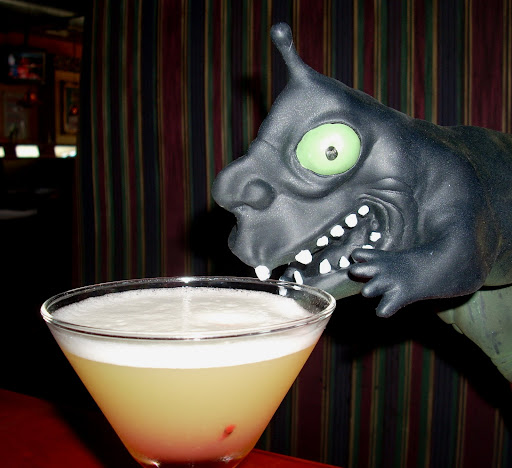 I will preface this by saying that I'm usually bored by vacation blog posts on others' blogs so I will understand if you choose to skip this. Odd, because I do like traveling but something about seeing lots of pictures of some people I've never met visiting some site I've never heard of just doesn't do it for me. That said, if you ever plan to visit the Poconos there are some interesting things you should check out while there. I'll give you some of the highlights.

It should shock you to learn that I left the house this past weekend for something other than a trip to the fabric store or a stop at the produce stand to replace the wilting and slimy veggies that seem to invade my refrigerator on a regular basis. Not only did I leave the house but my husband willingly went too! In fact, he's the one who planned our weekend getaway in the Poconos as a belated anniversary gift. He did a wonderful job, starting with the lovely B&B he booked for us, Santosha on the Ridge. This was the view that greeted us from our room and the rest of the grounds were equally lush. 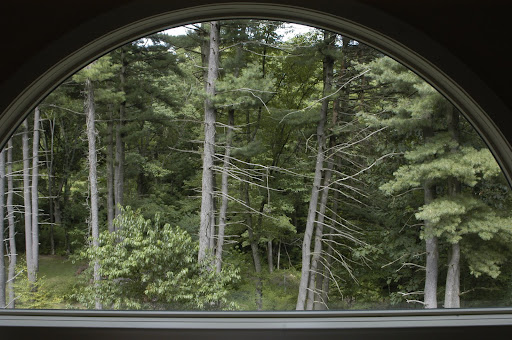 We spotted a small car show and spent the evening shopping for our next vehicle. 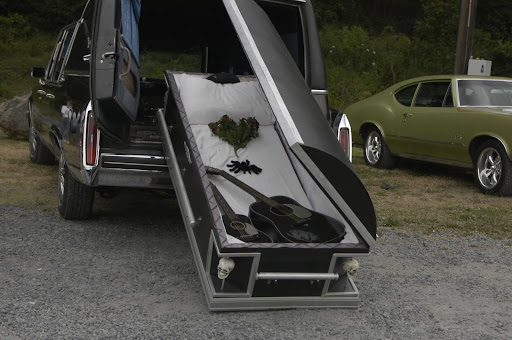 On Saturday, after some rain showers that seemed to make the air more humid and hot than before, we paid our $20 for the privilege of hiking at Bushkill Falls. Normally I'd object to spending money on, well, anything, but in this case I think the clearly marked trails, debris-free paths, and helpful stairs made it worthwhile. Especially for someone like my husband who is not used to trekking about in the outdoors. Besides, can't complain too much when we were rewarded with beautiful views like this: 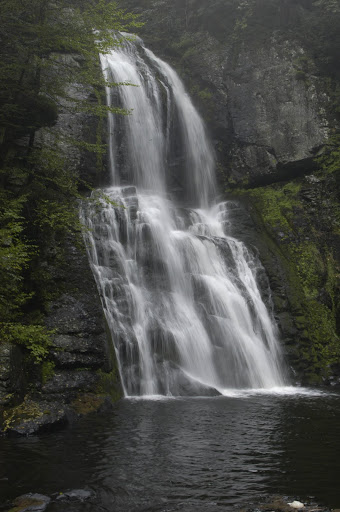 Lunch was at Tandoor Palace Restaurant, a pretty tasty Indian place located in an old train car. Their naan was sublime! Just the right combination of crispy buttery goodness with soft, pillowy bread. Mmmmm. I got to pretend I'd been whisked away on the Hogwarts Express even if the view was nowhere near as impressive. 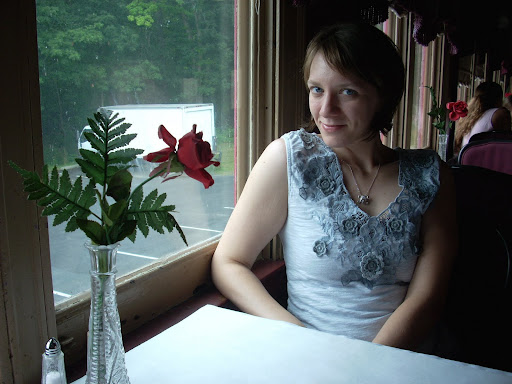 By far one of the best parts of the trip was stumbling upon Frazetta's Fantasy Costumes in East Stroudsburg. Neither of us is big on costumes but they did have some fantastic high-end Halloween décor. As in, if you have a spare $3,500 to spend on a life-size animated figure in an electric chair this is the place for you. Alas, most of it was out of our price range but it was nice to window shop and pose with the especially evil ones. We didn't make the connection until we were inside but we've since found out that the store is owned by one of Frank Frazetta's sons. If you grew up reading as much classic sci-fi as I did you'll recognize the art if not his name.


For those of you with an interest in all things creepy and Halloween, more pictures (and pics from the whole trip) can be seen here.

In an effort to keep this short enough so as to not bore those of you strong-willed enough to have made it this far, I'll end with a review of the fabulous German restaurant we visited, Der Jaeger. It's a unique combination of antique shop, BBQ shack, B&B, and restaurant that serves everything from the aforementioned BBQ to homemade German food almost as good as my grandmother's. It was just like sitting down to one of her meals back in the day as everything was clearly lovingly prepared just for us. Reservations for dinner are required and now I see why. It's a small place with only a few tables nestled among the antiques and once the owner found out an actual German was coming to visit she pulled out all the stops. Her preparations began a week in advance when she put the Sauerbraten in to marinate just on the off chance that I'd want to order it. Turns out her hunch was spot on as it's precisely what I went for with a side of my perennial favorite, spätzle. In an effort to further remind me of my family (as if her German features and mannerisms weren't enough) she guilted me into ordering a vegetable as well, and boy am I glad I did. The red cabbage was perfection and this is coming from someone who used to eat the smallest portion of the stuff that I could get away with. The portions were huge so I have plenty of leftovers to tide me over for a few days to come. Not that I let that stop me from getting dessert, a mango mousse cake that arrived with an extra dish of whipped cream on the side. 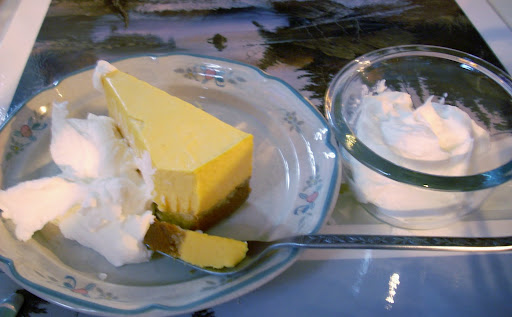 You know you're in a German restaurant when the serving of whipped cream is bigger than the actual dessert it's meant to accompany. What can I say? To the Germans whipped cream is its own distinct food group and one must be sure to get the proper daily dose.

I should also explain that the critter seen at the top of this post was a lucky find at Odd-Lot Outlet. At only $1.99 we just couldn't resist. He is yet to be named even though we formally introduced him to several people over the weekend. I'm sure they weren't frightened at all by our love for this adorable little dear. Even if I suspect he snuck sips of my pineapple upside down cake martini while we all dined at Pistachio Bar & Grille in Allentown. That little lush! 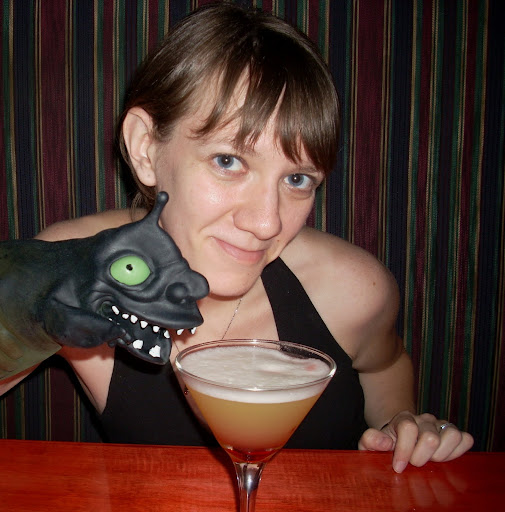 Posted by Lina Thomlinson at 7:29 AM

Thanks for stopping over and entering my giveaway. I'm following you back. I do like reading vacation blogs! That dessert looks amazing.

Thanks for the follow! Glad you can appreciate the latest post. I'll just have to keep going on vacation and posting on it so I can be sure to keep you entertained! At least that's the excuse I'll give my husband when I'm planning our next trip.