I have a bunch of recipe posts I should be putting up but I haven't gotten around to editing the photos and actually writing those posts. In lieu of a proper post I'll give you a quick recap of what I'm loving in life right now. 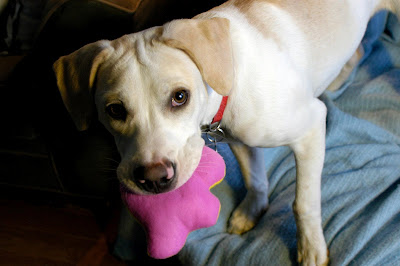 I am loving that we found a forever home for our foster dog. In a matter of days a friend of a friend, who just so happened to be looking for a dog to add to her family, got in touch and we arranged for her to pick Major up two days ago. I've been missing him terribly since then but know that he's in a much, much better place. He's got a big yard to run around in, an owner who clearly fell in love with him at first sight (and how could she not?), and two dog siblings to play with. He no longer has to sleep in his crate at night so it sounds like he's got it pretty good. 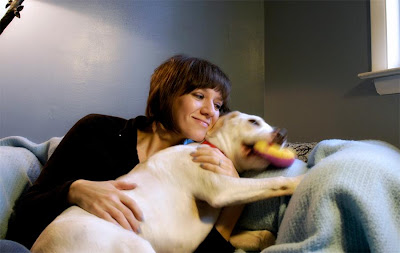 And as much as I enjoyed his presence I now know that we are not meant to have a dog in our home. The cats never really adjusted and seem so much happier and freer now that he's gone. Not to mention that owning a dog is a completely different experience from owning a cat. 'Nuff said.

(Source)
I am loving Game of Thrones. I know I'm about a year behind in discovering the joys of this wonderfully done fantasy series full of murder, intrigue, political drama, and heroic mutant wolves and I am kicking myself for waiting this long to tune in. Although this means that I'll only have to wait a few months between finishing season one and watching season two when it begins airing in April. I'd enjoyed Peter Dinklage in films before but have completely fallen for his character here. I've already been warned that there are many character deaths in the series so I'm trying to not get too attached to any of them but that's been impossible with him. Does it get any better than the scene where he begins recounting his "crimes" from childhood on? I had to laugh aloud as we were all left in suspense by never getting to hear the end of this sordid confession: "I once brought a jackass and a honeycomb into a brothel..." 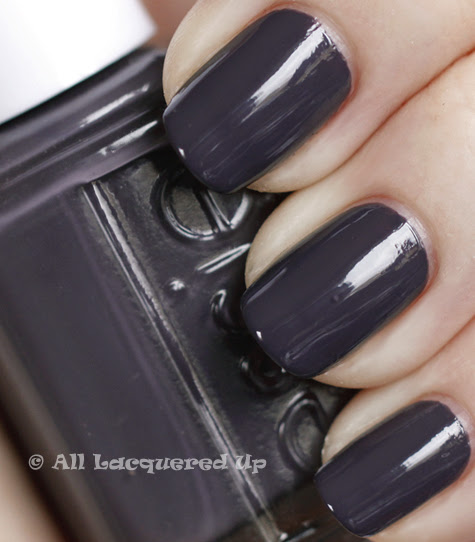 (Source)
I am loving Essie's Smokin' Hot nail polish. As with all Essie polishes I've tried the color in the bottle isn't what actually shows up on your nails. That's not necessarily a bad thing as the results are always great. Sometimes it's a fun surprise. But I know to do a quick image search online before buying any to see how it looks on others' nails. What I love about Essie's colors is that they're utterly unique. Smokin' Hot is hard to categorize as it's a deep purple with a gray tone. Almost works as a neutral because of that. Anyway, that was my girly post for the year. You'll rarely see me talk about makeup or clothes since I don't think I'm an authority on those subjects. In fact, the reason why I had to steal someone else's photo is because my own nails look like a kindergartener's art project.

(Source)
I'm loving Life, on the Line by Grant Achatz. I'd been wanting to read it since before it came out as I was hearing great reviews from the get go. My library finally got a copy and I have eagerly been picking it up every night to read more and more of it. But, like a fine meal, I find myself wanting to savor it rather than tear through the 400 pages as I normally would. Grant Achatz is the co-founder of Alinea, regularly ranked as one of the best restaurants in the world. It's one I've had on my list of places to one day visit for years but reading this book has catapulted it to the top of the list.

The guy's had a fantastic career including a brief stint at Charlie Trotter's and he learned a lot from his time at The French Laundry, the restaurant I visited to celebrate my 30th birthday last year. Once he set off on his own to run his own kitchen is when the real innovation began. I find myself drooling at the descriptions of his dishes, part Thomas Keller-inspired fine dining meals and part molecular gastronomy experiments. I also find myself woefully disappointed in everything I'm having to eat during the course of reading the book as my meals pale in comparison. No offense to my cooking, but thawed out leftovers of that buffalo chicken pasta casserole I made three weeks ago just aren't going to make me happy when reading about Achatz's take on the classic pb&j. Only his version consists of peeled grapes, still on the vine, wrapped in a paper-thin layer of toast with peanut butter magically nestled within. Or his version of pepperoni pizza, a bite-sized nugget made with spices and powders meant to emulate the taste of pepperoni (tomato powder, garlic powder, smoked paprika, and fennel pollen). The mozzarella is then browned in a pan and the rendered fat set aside to cool until it solidifies into a butter-like substance that can be spread onto a potato-starch "crust." Genius! And can you imagine the joy of cutting into an inflated mozzarella balloon filled with tomato water for his version of a caprese salad? I love the idea of having fun with food like that. Not to mention his passion for cooking, which is something I'm developing a new appreciation for as I get older. Where's the fun in life if you're not passionate about something?

I haven't even gotten to the real meat of the book, Achatz's struggles with mouth cancer that threatened to impair his ability to taste assuming he survived the treatments. Obviously he did survive to tell the tale, and what a tale it is! If I could drive to your house and force you to read one book this year it would be Life, on the Line.
Posted by Lina Thomlinson at 2:00 PM

i have a strange crush on peter dinklage! i like him with longer hair a la game of thrones. he won a golden globe this past year, i think. or was it a sag??

Know what you mean about the pup. While I love them dearly, I don't want the daily responsibility or the vet bills that are now soo very high. I prefer visits from other people's dogs.

Game of Thrones is awesome!

Being that I think I'm allergic to cooking and wasn't crazy about Julie and Julia, I don't know if I will enjoy that new book as much as you!