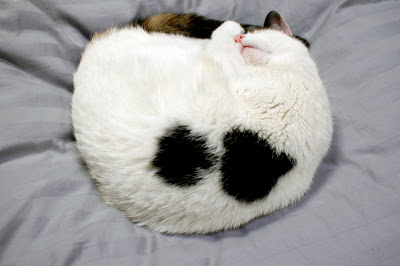 Last week's Paint the Moon theme was "Look out for curves."

Sorry I'm falling behind so much on this project. I took this photo during the appropriate week and then waited almost a week and a half before processing it. I started out motivated and inspired by the themes and now find myself struggling to come up with anything good. I'll keep plugging away but it's become quite a chore for me.

Posted by Lina Thomlinson at 11:37 AM 3 comments 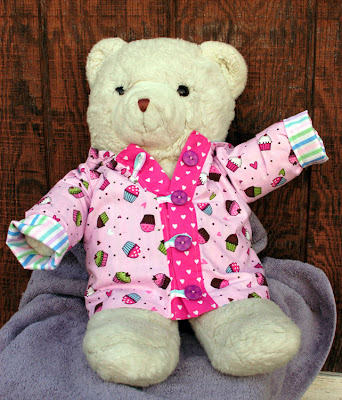 I can't believe I did this to myself again! After all of the hard work and hours I put into making my first Baby-in-the-Hood Jacket from Anna Maria Horner's Handmade Beginnings I wasn't eager to do it again. Which might explain why it took me over a year to get around to making another one. Guess I managed to forget the trauma in the ensuing months. I've also been a little burned out on sewing so it wasn't until I uncovered my sewing machine to make a bag for my aunt (no pictures, alas, so no post about it) that I got the motivation to tackle another baby jacket. Because, let's face it, babies are fun to sew for. You can get away with using all sorts of cute fabrics an adult would never wear.

I'm happy to report that the pattern did go more smoothly the second time around. In fact, I was able to whip this up in one weekend. Granted, I didn't get much else done that weekend so I'm sure there were many hours of sewing involved. Still, the jacket turned out just as I'd envisioned it, which is always the mark of a successful sewing project for me. 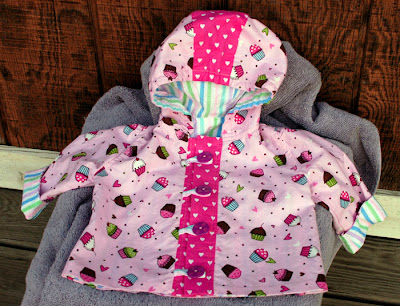 My best tip is to ignore what the instructions say and always start with the lining pieces first. You are basically making two identical jackets here so why not start with the one that will be less visible? It gives you practice before tackling the outer portion of the jacket. Plus there are some mistakes you can let slide if they're going to be tucked away inside the jacket, which isn't the case for the outside if you're a perfectionist. I remember having to undo a lot of stitching the first time around and didn't have to do that much this time, so I think that tip helped a lot. 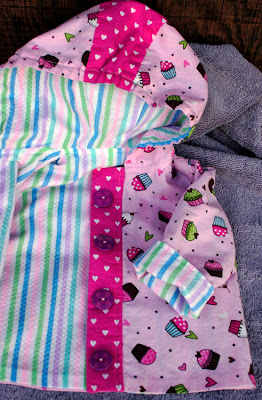 The adorable cupcake fabric came from Jo-Ann Fabrics, bought some time last year when I was mindlessly purchasing anything with a cupcake theme. I had a few cupcake fabrics in my stash to choose from but this one went so well with the heart fabric I used on the accents, also from Jo-Ann. I have no idea why I bought so much of that but I was glad to have it in my stash for this project. The striped lining fabric was given to me by my mother when she was clearing out her sewing supplies now that she no longer sews. I have a feeling that she used some of it in the past to make an outfit for one of us kids. Or perhaps a trio of coordinating outfits. Yes, she sometimes did that to my brothers and me. Before you get your hopes up, any pictorial evidence of this will remain buried in the family archives, never to see the light of day. Instead I'll leave you with one last photo of the cupcake jacket that's almost good enough to eat. 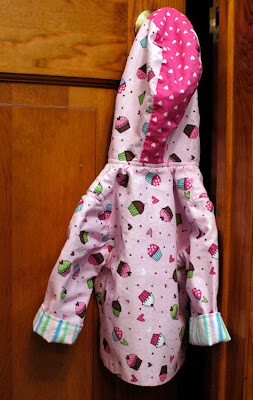